Do claims have to be written or verbal?

Sometimes I will see TV advertisements or warnings or some other media which makes a claim visually, rather than explicitly with words.

If there is no ambiguity or differing interpretations about what is being claimed, is it ok to use visual claims as the basis of a question?

An example would be the famous photograph of construction workers eating lunch on a construction beam over Midtown, NYC. 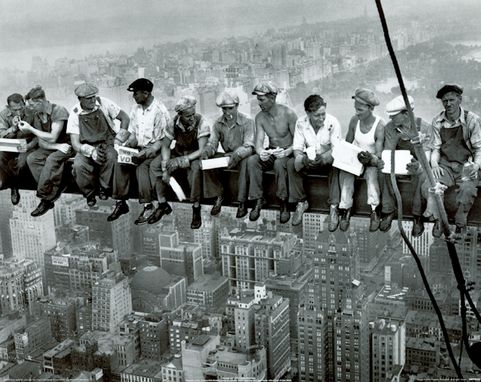 Many people have wondered if this photo is staged or not and it seems hard to find an answer one way or the other. Would it be necessary to find a written or spoken claim to ask a question about this photo, or is the photo itself sufficient?

Another example may be some the smoke health warnings on packets of cigarettes in some countries, such as in Australia. 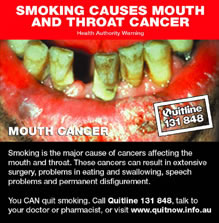 The text makes a demonstrably true claim, however the picture seems to imply an additional extent of that claim. Would it be acceptable to ask if the damage done in the picture can result from smoking alone? I think is a good example as I have heard people criticize the warnings on the basis that they used people with a variety of health issues as examples.

Additionally, a question posted by Oddthinking used a picture only as the sole basis for a question. Should questions like this be acceptable?

No, a photograph does not imply any specific claim.

The community needs the freedom to close a question where the following image: 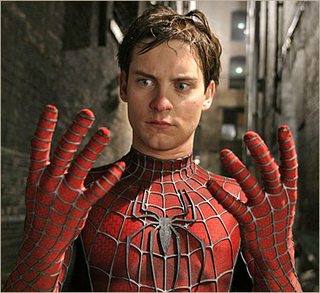 Is taken as a claim that Spiderman exists (and he looks like Tobey Maguire, no less!)

Nobody is claiming that Spiderman exists, and we cannot entertain that question here. 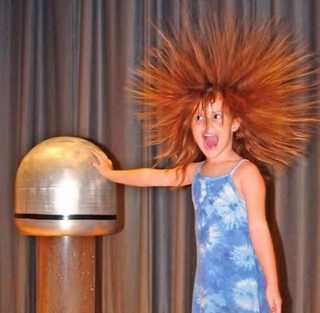 It is by no means clear what your example could imply:

The reason for this is simple: pictures don't imply claims, because the claims are inferred (i.e. made up by the observer).

If a picture is the only example of a claim, so that claim is not written anywhere else, then we are deep into non-notable zone. Your question won't be allowed here.

Else, if a claim is notable, there must be multiple sources. In this case, you can likely find a written, specific claim we can address which can accompany the picture. Surely if many people interpret a picture in a specific way, and they believe it's "implied" claim, then the will repeat the claim. It's in the nature of notable claims to be reported multiple times. Can you find a textual alternative?

The cigarette example is a particularly good example of a question that I think should be allowed.

The written claim states cigarettes cause mouth cancer, which is fine.

The written claim in conjunction with the picture makes an implication that smoking can lead to damage to the extent portrayed in the picture.

There is no written explicit claim stating that smoking can result in damage to that extent, but if many people take it that way then I think it is something that should be able to be questioned.

Asking such a question should result in closure as long as the question had sufficient upvotes or people agreeing that the picture makes an implication about the extent of the damage.

Note: I know very little of medicine. I don't know if it is reasonable or unreasonable that mouth cancer as a result of smoking can lead to the the damage the picture illustrates.

I have heard claims that they use users of other drugs with more devastating effects are used as models. I am aware that such a claim would make a fine question, however that would be a different question.

Allowing such an answer would in turn allow for quality answers which is good for the site and community.

Not the answer you're looking for? Browse other questions tagged discussion asking-questions notability .

9
Handling claims that are implied, rather than explicit
2
Is the info graphic used in the Kinder Surprise question appropriate?
0
Are pastoral illustrations sufficiently notable to be on-topic?

0
Clarity and usefulness: Where have I missed the point?
3
Do claims need to be current?
4
Are stereotypes and tropes notable claims?
9
Is humor and satire acceptable for notable claims?
2
Does a notable claim in a question have to be definite?
5
What if I don't have an online or easily accessible reference?
5
Do rhetoric and hyperbole qualify as "notable claims?"
21
Claims involving personal information about notable people