The “Ask question” page should make it easy to write sensible questions for newbies!

At the moment, when asking a question, users are confronted with a relatively complex UI, full of relatively unimportant details but completely lacking features that benefit Skeptics.SE.

This impacts newbies and, by making it complex for them to do the right thing, contributes to creating situations where users write bad questions in good faith that will need to be closed.

That is not fun for anybody.

Analysis of the current UI 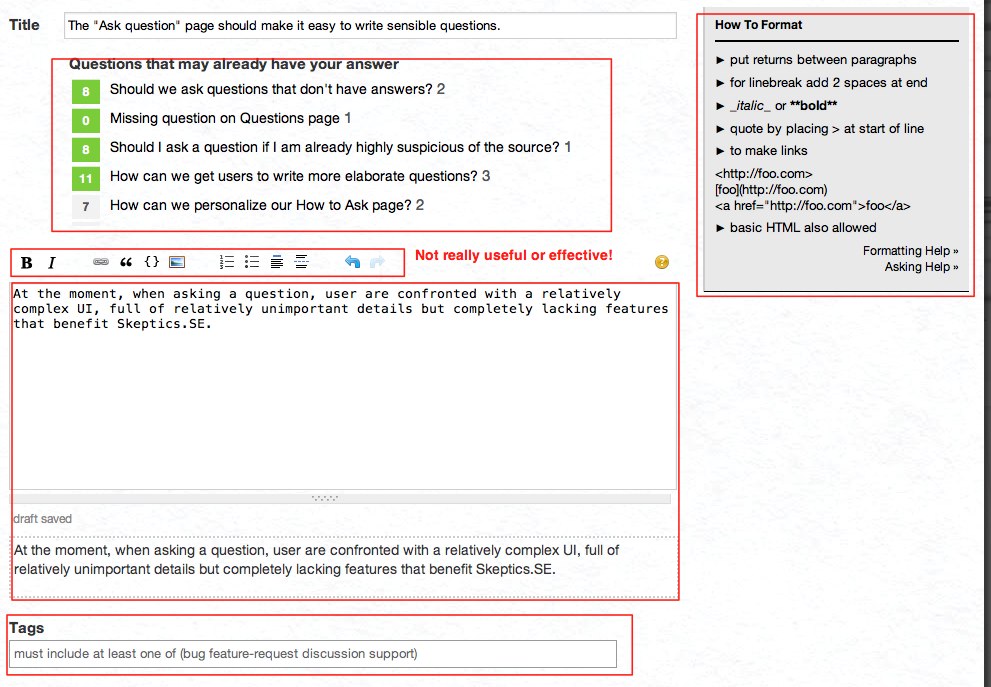 Let's see what is not working as it should:

Also: can you spot the problem in the figure below? Where is my form? 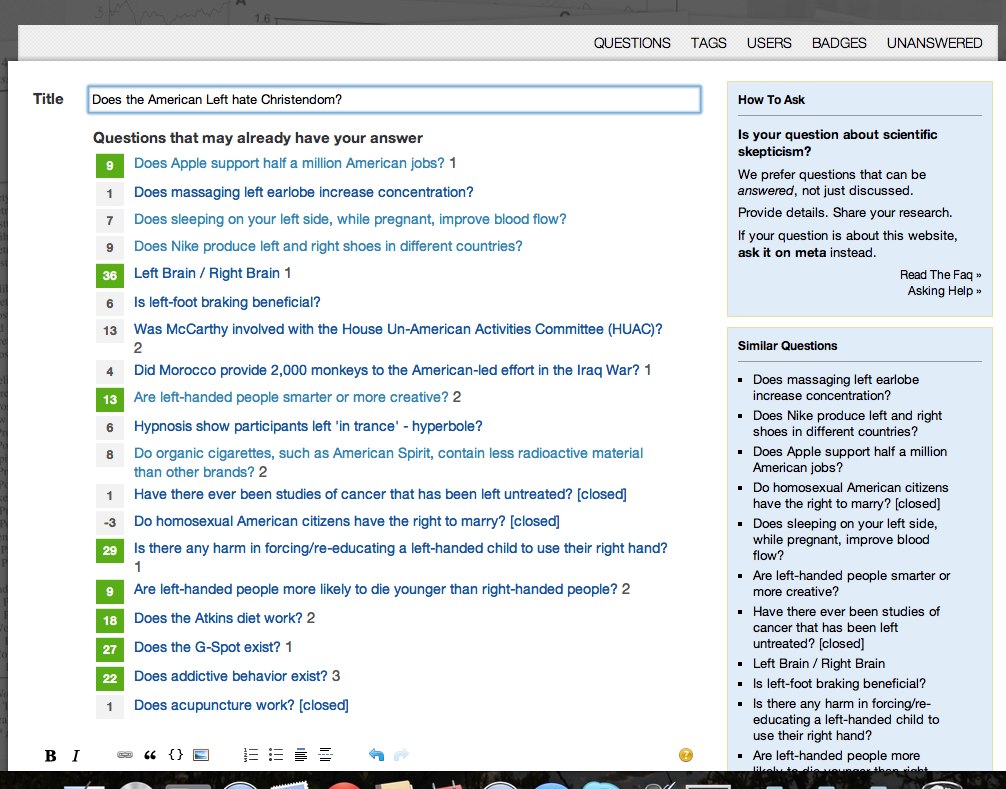 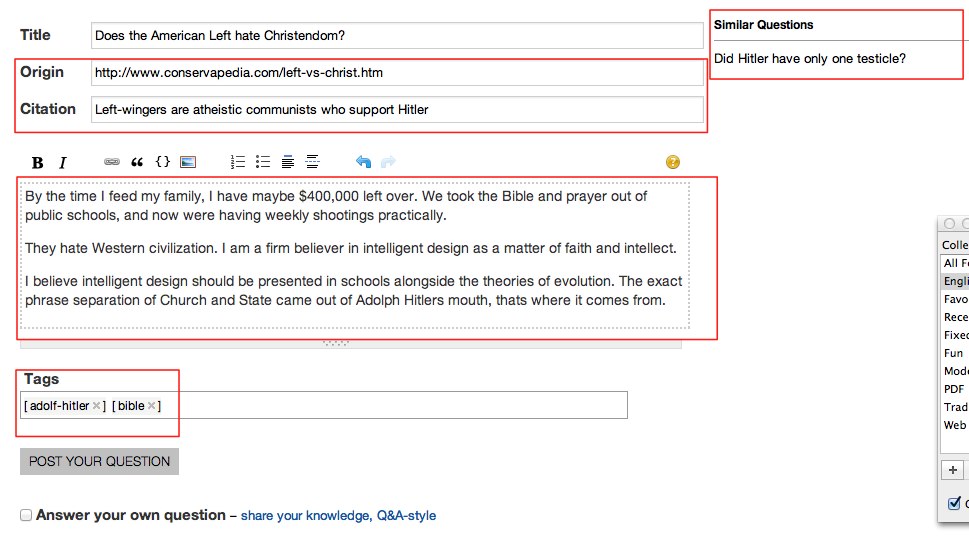 These are the changes I propose:

The list of questions that might already answer the question is important to find duplicates, I would not want to remove that one. It is certainly not perfect, but it works reasonably well in my experience. The huge number of questions you see in your screenshot is a known bug that was reported a while ago, that one obviously wasn't fixed here on Skeptics.

I think the idea to add more Skeptics-specific parts is good, but I would not make it as formal as your sketch. We should make it clearer that we expect a source for notability, but I wouldn't put in an extra field for that. Notability doesn't absolutely have to be some URL, we lose some flexibility if we hardcore it that way.

The WYSIWYG editor would probably be a good idea for the non-programming sites, but that is likely a huge feature request that deserves a post of its own. I would not want to replace the current editor with a WYSIWYG one if it would compromise functionality, and I'm not sure how difficult it would be to create an equivalent WYSIWYG editor to the current Markdown one.

Out tagging is a mess, and I don't see any easy way out of it. We're different from all other sites in this aspect as our topic is everything. We would need a tagging system that can fit the whole world into neat drawers, and that is just extremely difficult. I don't think any automatic system is going to be useful, tagging is a too hard problem for that.

I agree with most, if not all, of that. In particular, one feature of Stack Exchange that has annoyed me since day 1 is the unchanging edit bar. Its content is relevant on Stack Overflow and other programming-related SEs. But nowhere else. In fact, people routinely abuse the `code` feature for quotation or emphasis. The UI shouldn’t encourage that. Rather, sites should have relevant editing entries, such as a LaTeX button on sites where it applies etc.

Would it be possible to automatically fill the text box with a template for asking a question? I'm imagining something like a checklist, where the user can just delete the item once he has addressed it in his question.

Not the answer you're looking for? Browse other questions tagged feature-request asking-questions .

2
When People submit a question, does StackExchange have a method of checking duplicates like Digg?
5
What kind of questions should receive upvotes?
14
Entirely remove the tags from the HTML title
8
Topic of the Week - Discontinued
4
The “ASK QUESTION” animation is too long
6
Is it time to do another topic of the week?
19
Handling news questions about current events