After reading the question Is anecdotal evidence sufficient for answers? I realized that Mythbusters is basically just that - video-taped experiments meant to prove or disprove some hypothesis.

It's popular because it's fun, well-executed, and (most of the time) reasonably scientifically sound.

To answers of this site, it's also a third party source.

However, is mythbusting of this or similar kinds scientific enough for Skeptics? One of the main differences between Mythbusters and a site like Snopes is that Snopes usually cites some sources of its own (investigative), while Mythbusters is nearly entirely based on original experiments.

I hope I've framed this question in a neutral, non-leading manner, but my instinct tells me without sources of their own, the answer is no. What are your thoughts?

Mythbusters has been discussed and is considered a very good, but non authoritative reference.

They don't claim scientific correctness (and nor could they).

So it's fine to add a reference to Mythbusters in a question, or in a comment, but not as the only reference in a whole answer - you need to add an authoritative source.

I agree with the ticked answer, this post is just to outline specific examples and explain why the show can't be considered an authoritative source.

Here is a good example which demonstrates why mythbusters should be distrusted:

McDonalds made once an ad-campaign showing how they make food. They featured Mythbusters there. 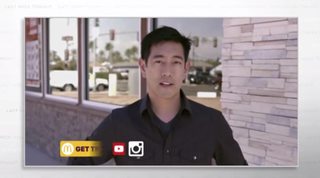 I am Grant Imahara from Mythbusters and I spent years finding the truth now I am gonna across america to find out how Mcdonald's makes its food, so ask your questions and I'll find the answers... 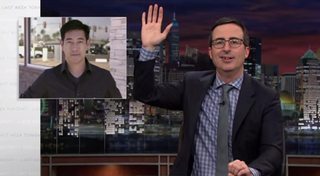 Yes I've got a question:

Why the fuck are you doing this? Please, round up your answer to the nearest dollar.

He goes on saying:

I've been through the whole process. I know exactly what goes into this.

There is no fillers, no preservatives, no additives.

And this how John Oliver ends:

There is something little suspicious about the way they're celebrating the fact that their food was made of food.

After watching this criticism by John Oliver. It turns out that MythBusters claim that:

There is no fillers, no preservatives , no additives.

turns out to be completely ridiculous. McDonald's is full of additive. They even mention it themselves:

Researchers at Southampton University have found that children who ingest certain additives are more likely to be over-active, impulsive and unable to concentrate. Four of seven E-numbers highlighted by the researchers are on the menu at McDonald's: sunset yellow (E110), quinoline yellow (E104), ponceau 4R (E124) and sodium benzoate (E211).

And what a coincidence, turns out kids were so fond of Grant Imahara and McDonalds hired him to check their stuff; the news article "Mom, why is the 'MythBusters' guy working for McDonald's now?" reported.

The ad trades on Mr. Imahara’s reputation with kids and families as a scientist who dispels urban legends and myths on the Discovery Channel.

This campaign is just a desperate attempt to try to change people's minds about the beleaguered junk food brand- – but it misses the mark. Yes, people are concerned about what is in McDonald's food, but they're also concerned about how it's being marketed, especially to kids. Instead of making changes that actually address these concerns, the corporation comes back time and time again with more marketing to change people's perception of its food instead of actually changing the food itself.

One could argue that Mythbusters is produced Discovery Networks, a company who started as a single channel in 1985, The Discovery Channel, is authoritative due to its reputation and phenomenal success. Not on Skeptics Stack Exchange. Discovery Communications is an entertainment company; they also produce endless shows about ghosts, demons and possessed house, examples:

.and compared the genre to professional wrestling or soft core pornography for its formulaic, teasing approach.

the paranormal/supernatural-investigation subgenre that has cropped up on cable television over the last few years, which includes Ghost Hunters, Destination Truth, Ghost Adventures, Ghost Hunters International and a few others promises to take a skeptical approach in its investigations and to rely on science to confirm or disprove paranormal claims. So far not one has been able to consistently keep that promise.

After outlining those examples, we can conclude that Mythbusters can't and should never be trusted by Skeptics Stack Exchange.

Not the answer you're looking for? Browse other questions tagged discussion references .

0
Can the TV program MythBusters bust the myth that electro-magnetic discs can help a person climb up a steel wall?
24
FAQ: Must all answers be referenced?
32
List of useful sources for Skeptics.SE
7
Is anecdotal evidence sufficient for answers?
2
Is Penn Teller's Bullshit a reliable source?

7
Is anecdotal evidence sufficient for answers?
1
Absence of evidence
6
Should a claim of "consensus" require evidence?
4
Should "absence of evidence" questions be allowed?
1
What constitutes reasonable evidence for questions with an impossible negation?
18
Does MythBusters count as a credible scientific source?
8
"Evidence for Gun Control" question needs rethink
7
How is photographic evidence "theoretical" and not "empirical"?
7
Is this answer about illegal immigrants supported by its evidence?
2
Common sense vs. scientific evidence: on topic?