Should we have the Dawkins Foundation ad?

Regarding the following ad: 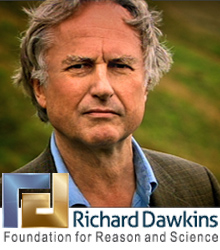 The ad currently has 8 upvotes, and 2 downvotes (one of which is from me), which means it has enough net votes to be displayed.

Richard Dawkin's comments about women, and Islam, and other topics, are harmful, and shouldn't be endorsed by this community, and I don't think skeptics should be linking to a foundation named after him with an ad featuring a photo of him.

There are indeed some arguments against the ad but the arguments you’ve provided are bad ones, and they are bad enough that I feel the need to address them.

First, his stance on Islam. Why do you feel that you can single out Islam from all the religions he has criticised? To say that Dawkins is anti-Islam is the same as saying that he’s anti-toothfairy. It’s technically true but grossly misleading, especially in the current political context, in which it clearly implies xenophobia against Muslims, of which Dawkins is no more guilty than of xenophobia towards Jews, Christians and Swedes who believe in trolls.

Second, his stance on women. Here, your claim of misogyny isn’t only incorrect, it’s outright slanderous. I’ll be the first to admit that he often puts his foot in his mouth (almost exclusively on Twitter though), and that as a privileged, white male he’s not in the best position to talk about the subject at all, and should shut up more often.

As far as I remember, there was one time where he said something truly anti-feminist (the “dear Muslima” comment), and he later retracted that statement and apologised for it. In other instances, whenever he’s been accused of misogyny it’s worth noting that he actually attacked discourse which he perceived (sometimes rightly, in my opinion, sometimes not) to be unscientific. He never attacked feminism or women’s rights per se (I’d love to be proven wrong on this), because he is, as far as I know, not opposed to either, on the contrary.

It’s a dangerous thing to label such meta-discussions as “-ism” as soon as you disagree with them: It’s intellectually dishonest and harms discourse.

It’s worth noting one thing, especially on a scepticism-oriented website such as this: you do not have to agree with a person on everything (I certainly disagree with most of Dawkins’ tweets about rape etc.) but that does not mean that that person perpetrates an -ism.

That being said, I admit that Dawkins is a phenomenally bad spokesperson on these issues, particularly with his use on Twitter (which he should maybe just lay off). But, again, just because his utterances are easily misunderstood (especially when taken out of context, which, by the way, is a cardinal sin) doesn’t make them sexist or racist.

If you don't want it, vote it down. Opening this question is pointless, as it would not be appropriate to delete an ad proposal which the community overall likes.

4
Are questions about the James Randi Educational Foundation on-topic?
10
Should we ask questions that don't have answers?
4
Should we have a blog?
10
Can the quality of a question be judged by the first word in the title?
7
How is photographic evidence “theoretical” and not “empirical”?
11
Should we limit [quote] questions?
7
Should we have a question sandbox?
5
Political campaigning to influence a presidential election on Skeptics, no one cares?